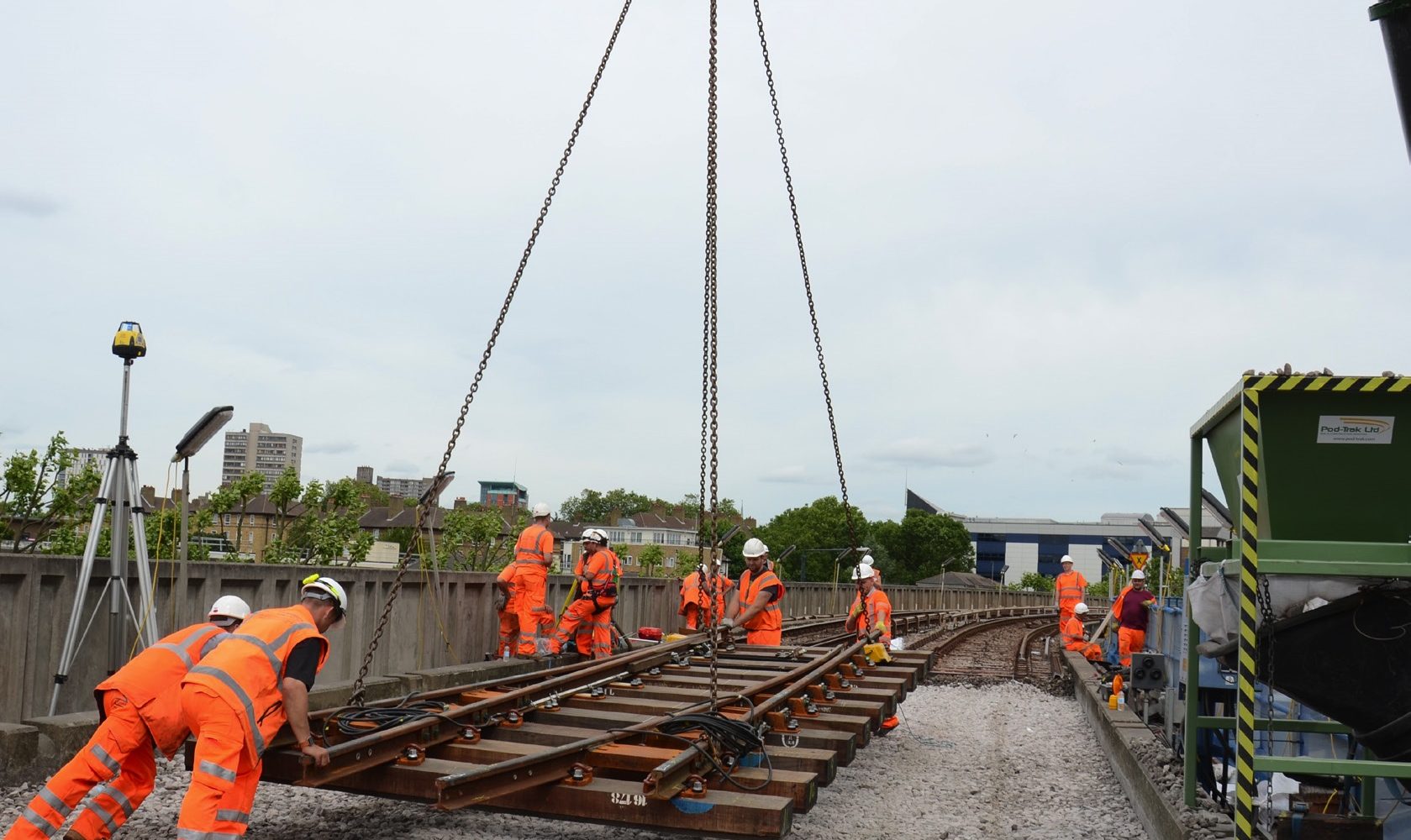 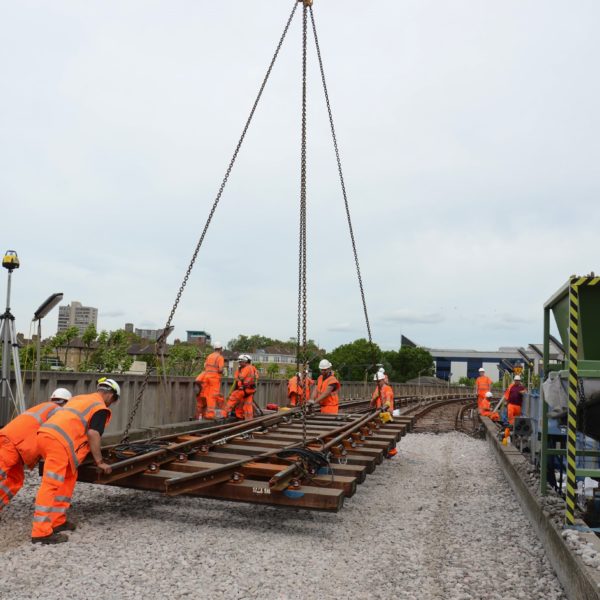 A large number of existing booted sleepers were identified as being life expired and posed a risk to the operation of the service. DLR approached Pod-Trak to carry out a Design & Build solution and act as Principal Contractor.

In total there were 800 sleepers identified to be replaced on the BEC Link Viaduct between Poplar and Westferry stations. All locations were surveyed and designed prior to the commencement of works
on site.

The works were carried out over a combination of three 52hr possessions and midweek engineering hours. During the midweek shifts the working time on track was limited to 2.5hrs and in this short time up to 12 sleepers were changed out by two teams.

The works also included the installation of a new CV40 crossover and replacement of six expansion switches. All the works were successfully completed without any lost time, incidents or accidents.

With careful planning alongside the DLR maintenance teams, the works were delivered without any impact on the routine maintenance across the network. 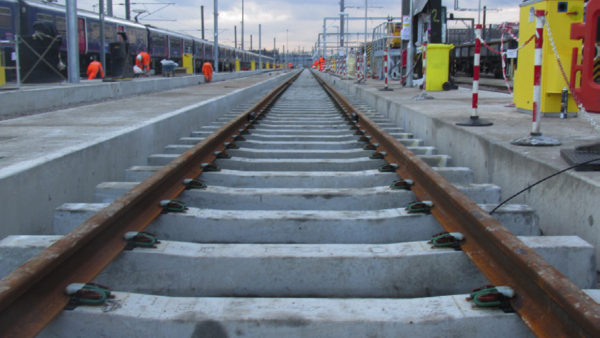 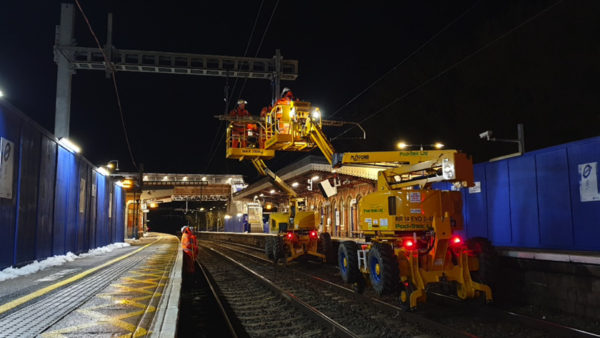