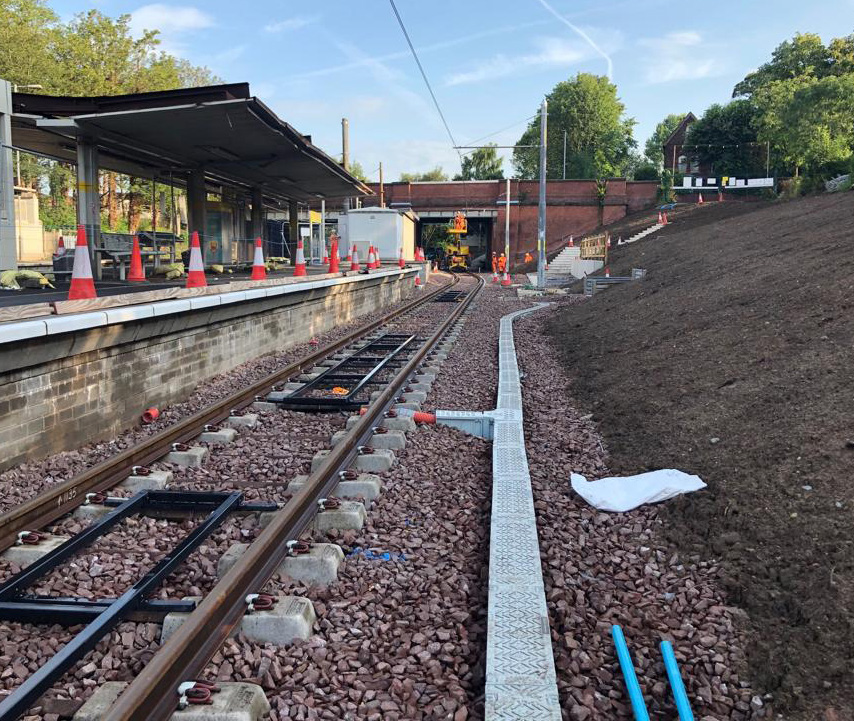 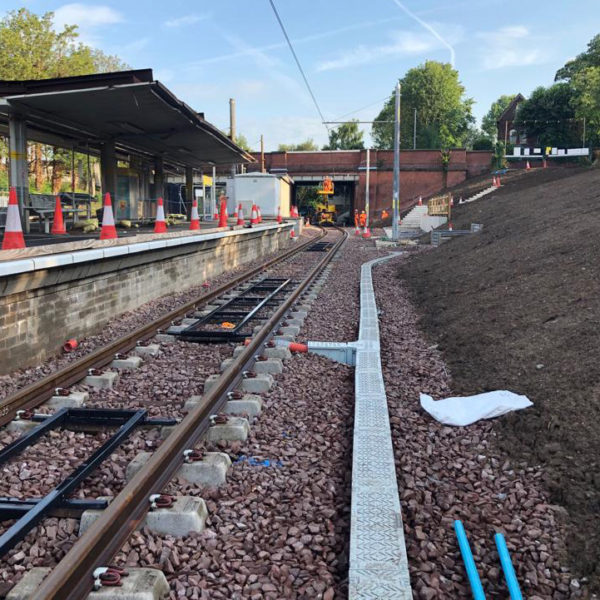 To facilitate the construction of the new Trafford Park Metrolink Line, a new turnback had to be constructed at Crumpsall on the Bury Line. Modifications to the existing OLE were required along with new installations. Works were staged to ensure minimal disruption to operational tram service and to meet the Trafford Park Line project completion date.

The staged works were planned over three main disruptive worksite blockades and midweek night preparation shifts. The works included twin cross over cantilever installations on the Trafford Park turnback track and the new inbound and outbound cross-over tracks The first blockade saw the installation of OLE poles and head spans throughout the platforms to facilitate the removal of an existing bridge.

The second blockade comprised of installing new contact catenary droppers and modifying the existing and new OLE to ensure height clearances over the new pedestrian crossing and turnback crossover.

In the lead up to the main and final blockade a number of midweek engineering hours shifts were available to carry out preparation works to de-risk the main works. During the final blockade weekend, SPS works were completed along with the installation of contact wire runs on the inbound and outbound crossover including the turnback track.

Following the installation, the works were successfully tested, commissioned and handed back to operational service. All assurance paperwork and hand back documentation was completed and submitted following the final blockade weekend. 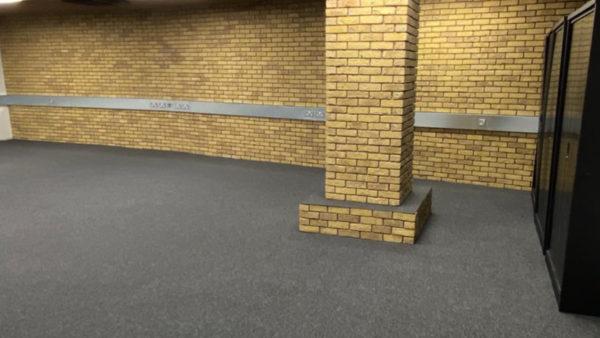 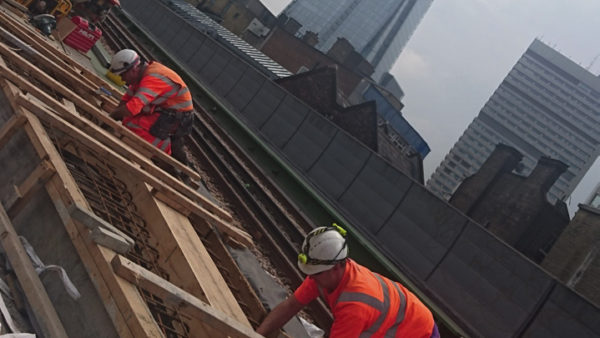 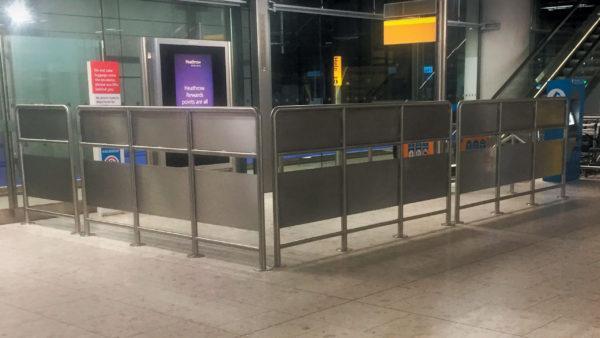